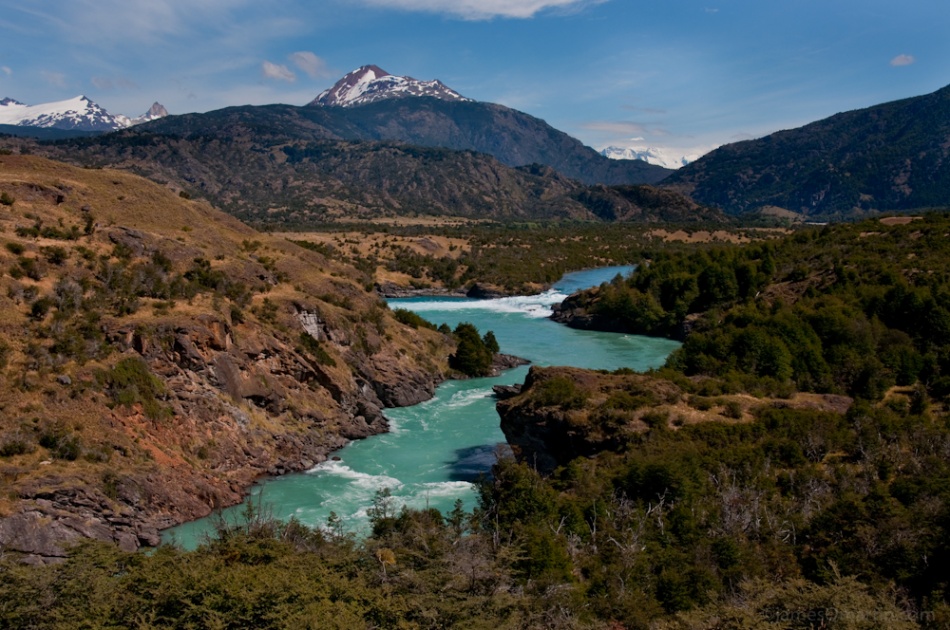 The Places in Between

At night, the face of the earth is webbed with light. Our cities have swallowed almost everything. When you see this image, where does your imagination fall, on the dazzling, viral spread of humanity or the last dark places in between?

Late one night, I slipped naked into a lake full of stars down along the serrated edges of southern Chile, where on satellite images of the earth at night, the tail of South America blends into the black sea. Rivers and lakes do not emit light, nor do ice caps or chains of mountains. The sky rippled ahead of me as I swam through the cold water of Patagonia. I pushed my arms into this darkness, felt it across every inch of my skin, took it into my mouth and drank.

To understand a place, you need to drink from its many waters. For weeks in Patagonia, I have been drinking from holes in the ice, dipping my cupped hands into creeks, dousing my water bottle in rivers. 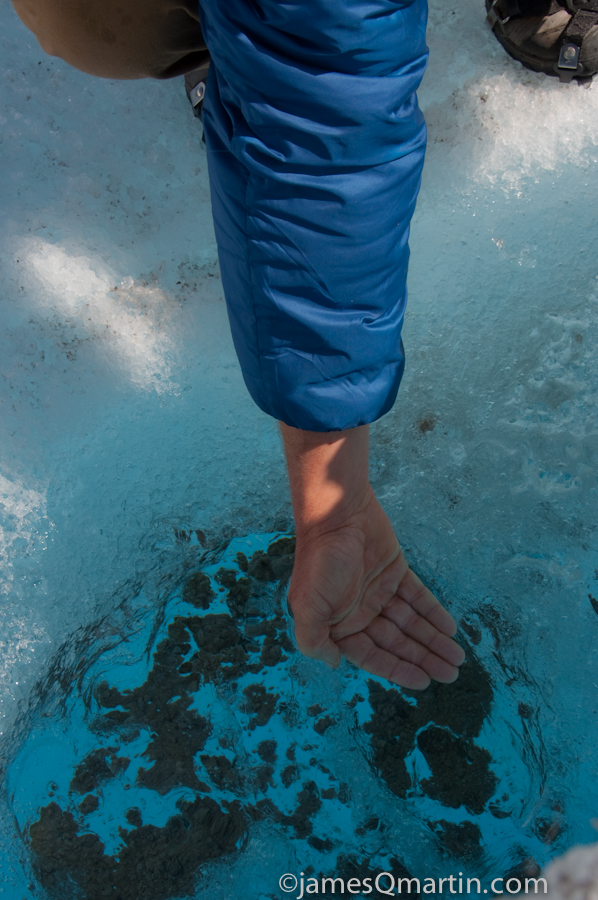 Exploring the Río Baker from glacier to sea, I have hoped to grasp one of these last dark places on earth. My quest brought me to the proposed Baker 2 dam site, currently a waterfall where cloudy gray tongues of the river heave over an edge with steel-bending force, sheets of mist ripping into the air. This waterfall is where one of five local dams is being planned (two on the Baker and three on the Río Pascua). Concrete would stand 340 feet over my head, switchbacks blasted into the canyon, cranes swinging with cycloptic heads above ropes and cables, machines of industry and progress piercing the air with back-up warnings as men in hardhats roll out blue scrolls, hold up radios, sit eating lunch over a siphoned, dry riverbed that once carried the largest river in Chile.

I don’t know why I want this river to run. I could not sit at a table with a microphone and explain it. I don’t know why the heart breaks when we have drawn and quartered yet another landscape, named it as ours, used it to fuel our every global ambition from paper clips to plastic cups. But god do I want this river to move, another dark thread binding the surface of this planet, another path uninterrupted.

It is not just the dam that will change this place. Dams will require an infrastructure of roads, highways, and new supply ports. Many who live in this sparsely populated region fear what this could do to their lives as small towns become busy construction centers, and as future industries pour in through newly established routes.

After visiting the waterfall, I thrash upward through a thousand feet of thick vegetation and granite outcrops.Finally, I stand in the wind in a country of waterfalls, streams plunging all around me. I see the lay of the land from up here, ragged summits rising from a gleaming white ice cap. Clouds snag on the highest blades of rock, or, rather, those high rocks make the clouds, their warm, hard bodies touching cold westerly winds, drawing moisture that has been circling the globe looking for a place to land. This is the earth rising up on its toes, reaching into the sky and raking thought it as it passes, bringing down rain and snow; ice for the glaciers, water for the rivers. This is not done for anyone. It simply happens. This is how rich the world is, miracle upon miracle for no one.

Standing on this high point, I see it is not about dams or transmission lines, or even about that river way down there. It is about what we want to do with our time here, how we want to leave this place. The day is coming when the rarest resource will not be oil or even water, but a place that does not smell of us. Maybe we won’t even notice the passing of an era as we crawl deeper into our shells of light, but we notice it now. We can say for sure that it was real, that there was once a place where you could feel in your bones a greater world, where you did not possess their air or water, and a river did not stop for you.

I come here from a highly developed country with a long-standing infrastructure of interstates and power grids, every major river dammed. Asking Chile not to do the same smacks of environmental imperialism, but I do not wish for this country to be undeveloped, only to develop differently. Maybe building dams is the best that can be done down here, serving civilization at large by pumping hydroelectricity to mines and cities in the north, assembling independent energy for South America (although recent studies say that the dams will lead to an expensive over-supply that could be handled much more efficiently by using alternative sources). On the other hand, consider what would be lost.

When you look at the image of earth at night, do you find hope where the darkness of the Himalayas shoulders into the blaze of India, where Siberia, Sahara, and the interior deserts of Australia hold our advances at bay? Let your eye follow the southern curve of South America. Nothing is there, the gap not yet closed. Gauchos cut their lassos out of cowhide. Rivers race from beneath glaciers. Pumas wait in the shadows. At night, you can still pour yourself into a lake, sending a ripple through the stars.