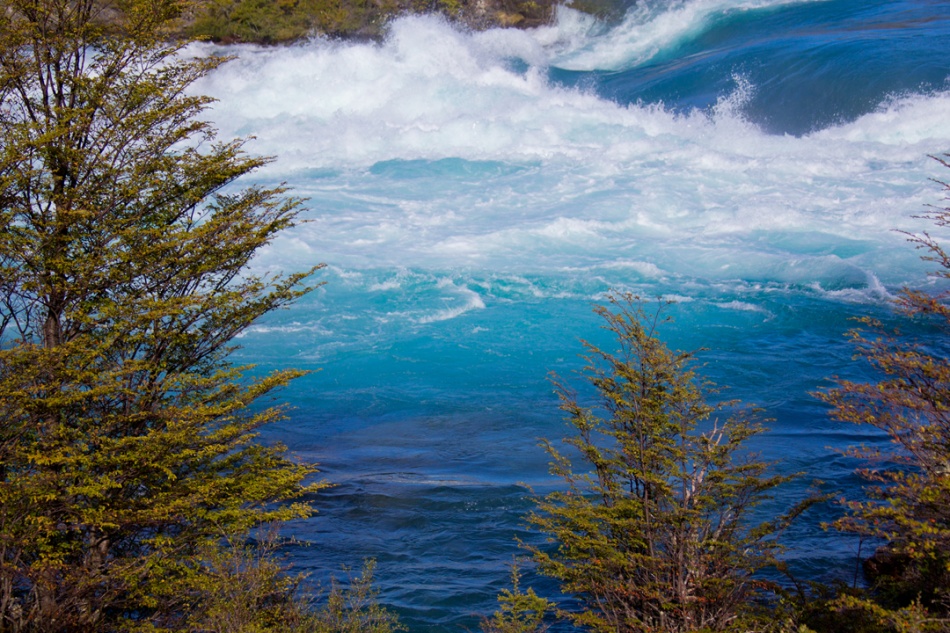 Rios Libres Back in Action

Three years ago, I had never even heard of the Baker River. Today, I barely go 5 minutes without talking, thinking, writing or worrying about it. My passion for it runs so deep that I often return to its shockingly blue waters while I sleep…I dream of its furious turquoise flow, the untouched mountains towering above, the creaking ice that feeds it and the sweet people who live peacefully on its banks.

Although I am grateful for the chance to re-visit Chilean Patagonia while I rest, I often wake from these dreams with a pit in my stomach. Will this pristine place remain as such or will its leaders decide to alter it forever? Will Chile honor the voice of its own people or will big business prevail?

It is my hope that Chile will choose to act as a world leader and embrace its potential for a future powered by alternative energy. I have been on this planet long enough to know that hoping is not enough…so I choose to act.

This whole crazy thing started in July 2009 with one simple conversation in my hot kitchen. At the time, it was innocent banter between friends; in retrospect, it was a more important conversation than we could have ever imagined.

Photographer James ‘Q’ Martin had just emerged from his first trip down the Colorado River. As usual, Nature had recharged and inspired him. He excitedly shared ideas for new projects: “shooting famous climber so-and- so on the fastest ascent of XY epic wall…following the most epic base jumper in the world as he hurls himself off various cliffs in Norway…” I zoned out.

When he started talking about a dam proposal that threatened rivers in Patagonia, I was back without hesitation. We learned that big business was pouring on the pressure to build a series of five mega-dams on the Baker and Pascua rivers. The majority of Chileans opposed the dams and a campaign aimed at stopping this attempt to alter the heart of the Patagonian Andes was gaining momentum.

Since that sweltering day, a lot has happened. What started as a silly idea between friends became a reality. We put together a rock star team and traveled to the end of the earth to explore the Rio Baker from its glacial source all the way to the ocean. We used the imagery gathered on our epic adventure to show what is at stake so we could help raise awareness to bolster the fight already well in progress in Chile. (Learn more about what we’ve been up to over the past 3 years by watching our trailer and visiting our website).

However, despite our best efforts and those of our partners, Patagonia’s rivers are still under attack. The environmental review process for these dams has been plagued with corruption and the full impacts of the project – particularly the 1,300-mile long transmission line needed to transport the energy – are still unknown.

In May 2011, the government approved the dams. Tens of thousands of Chileans took to the streets in opposition and six weeks later, the court halted all construction due to a pending appeal. This was the first time a Chilean authority challenged the project. It was clear that the fight to protect Chile’s pristine rivers, wildlands and tranquil way of life was not over.

At this point, we knew we had to go back. We couldn’t sit by as a battle brewed in the heart of this pristine land – a place we had grown to love. 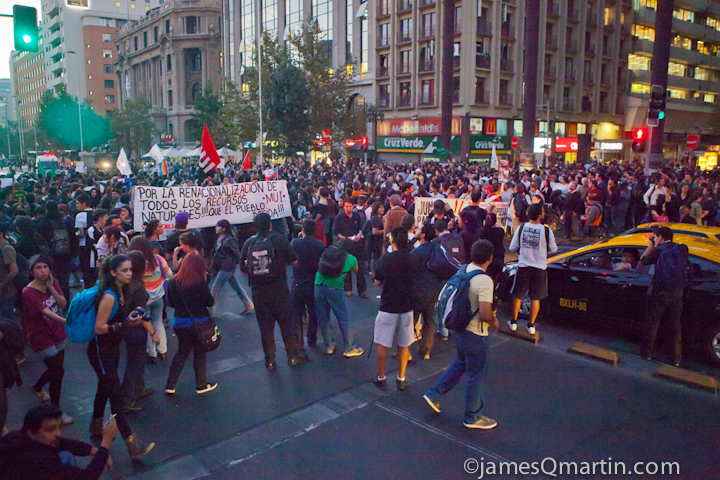 So, this April, Q traveled south once again. His mission: to enter a situation that was volatile and in a state of constant flux to gather current, first- hand information so we could give voice to the Chilean people and illuminate what a new energy paradigm looks like in Chile.

He arrived on the heels of another landmark decision – the Chilean Supreme Court voted 3-2 in favor of HidroAysen and against appeals filed by opponents. Since 79% of Chileans oppose the project and support alternative energy options, Q found himself in the thick of some of the largest protests the country has ever seen.

This decision was a setback, but it was not a green light for dam construction. Appeals from local and international environmental groups continue and plans for more protests are in the works. Clearly, the Chilean people will not give up without a fight.

In addition, on May 30, 2012, Colbún – partial owner (49%) of HidroAysén and one of the largest energy companies in Chile—announced that it was indefinitely suspending the environmental impact assessment process for HidroAysén’s transmission line. Regardless of the reason behind this decision (theories abound), this announcement clearly demonstrates that the future of HidroAysén is uncertain.

We believe that dams are archaic technology and we know that cleaner and more economically sound alternatives exist that would still meet Chile’s energy needs. These alternatives would result in less destruction, would not displace so many people and would preserve the ecological and recreational values of pristine lands and rivers.

Over the next few months, we will release a series of short powerful and educational videos that will show what we discovered on our latest excursion. These will further illuminate the issues facing Chile and will show what an alternative energy options looks like for Chile. We hope that our words and imagery will entertain, educate and inspire people to act.